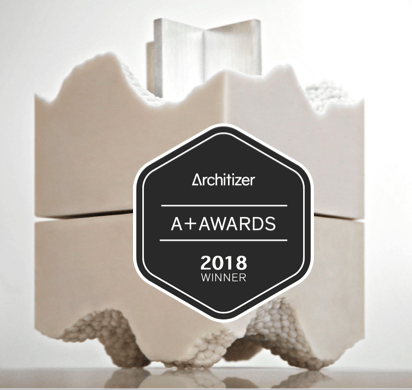 The Brooklyn Solar Canopy claimed another coveted design award on Monday with the Architizer A+ Popular Choice Award. The canopy vied for the honor alongside two other jury nominated contenders in the roof product category, and won by receiving the highest percentage of votes cast online. This impressive win follows just weeks after the canopy received another prestigious best product award at NYC X Design, Interior Design Magazine’s annual weeklong celebration of design achievement.

The Brooklyn Solar Canopy Co. is honored to be in the company of some of the world’s leading architects and product designers who have also claimed A+ honors over the past 6 years. Click on this gallery to sample some of the diverse companies and projects that also took home A+ awards in 2018.