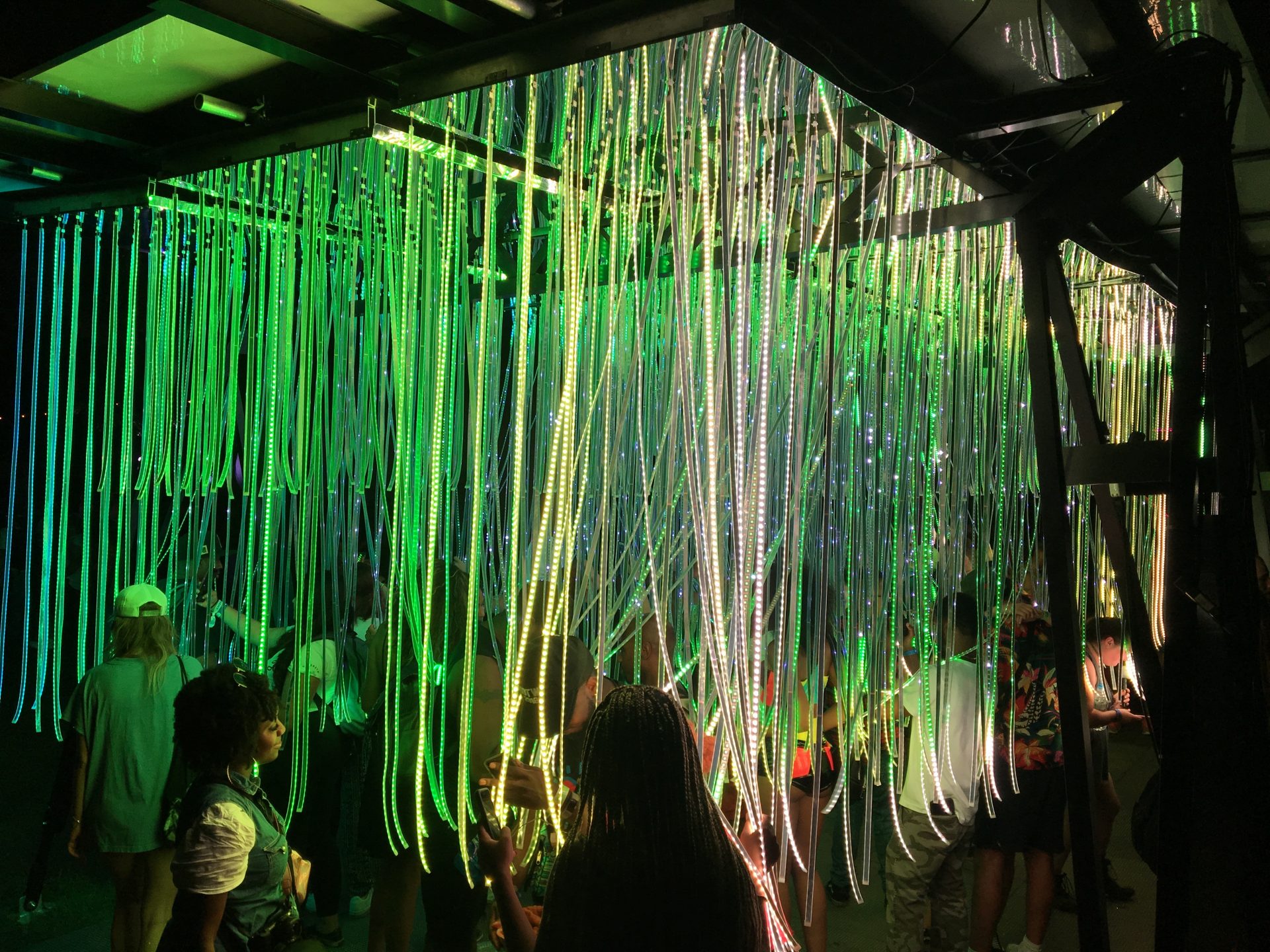 One of the unanticipated joys of working for the Brooklyn Solar Canopy Co. is to regularly behold the creativity of our customers, who continue to expand the use cases of the canopy well beyond our own initial assumptions about what it was for and could do. Last weekend, for the very first time, the canopy served as an outdoor dance floor at NYC’s Panorama Music Festival, held on Randall’s Island. The three day festival, attended by tens of thousands of ticket-holders and featuring SZA, Janet Jackson, Daniel Caeser, The Killers, Odesza, and dozens of other artists, was the canopy’s single most massive public exposure to date.  While the canopy’s festival debut was an awesome occurrence in its own right, going forward it marks an exciting precedent that could inspire a whole new category of future utilizations for our business and clients.

When we designed the canopy three years ago with Situ Studio we had a few ideas for how it might spread beyond the rooftops of Brooklyn brownstones.  Residential carports and pergolas, for example, were always part of the vision from the earliest design phases.

We’re thrilled to report and happy to confess that what happened last weekend at Panorama was not anything we had in mind when we started this thing. But its certainly got our own creative juices flowing now.

One of the main but often under-appreciated reasons why solar itself has spread so rapidly over the past decade or so is that its core physical characteristics (modularity, simplicity, no moving parts, minimal maintenance and ongoing operations, longevity) inspire distributed creativity and experimentation by companies and adopters, alike. All over the world, in vastly different contexts, people are generating and testing new ways to deploy solar at the margins, because it’s easy to source, deploy and operate. It’s becoming clear that the canopy’s own design possesses many of these same qualities and, as a consequence, we believe is poised to grow and evolve in similar ways. Panorama is one indicator that this evolution will be driven not solely by Brooklyn Solar Canopy Co. but in large part by the imagination and unique needs of our future partners and adopters.

If you are a property owner, solar installer, architect (or music festival organizer!) with a cool idea on how the canopy can be deployed in new ways, don’t be a stranger. Let’s talk!