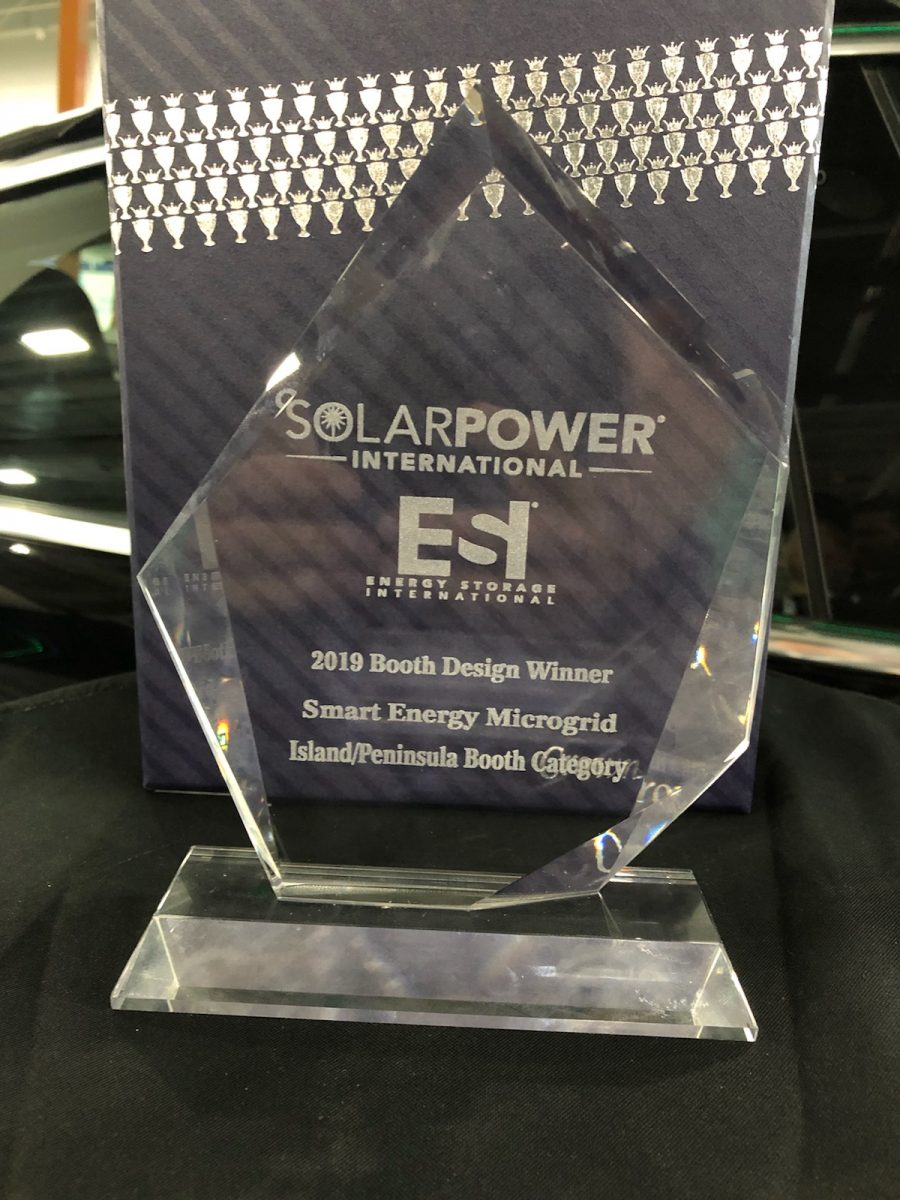 When we decided to make a real life double carport canopy the centerpiece of our booth at SPI this year, the goal certainly wasn’t to fly under the radar. We aimed to make a big impression, and based on the constant flow of visitors and overwhelmingly positive feedback we took in throughout the week, by Thursday it was pretty clear that we had succeeded in this goal.

But that hunch was confirmed in deeply satisfying fashion at the end of the conference when we were honored as a Booth Design Winner in the Island/Peninsula category. Award selection was based both on booth layout and branding, but also on the professionalism of our 6-member team, which was made up entirely of full-time Brooklyn SolarWorks sales and installation staff. Featuring a brand new Tesla Model S under the canopy, and debuting our new canopy configurator on an interactive touch screen certainly helped bring the booth to life.

To be acknowledged for excellence by our peers from among hundreds of other booths at the world’s premier solar industry showcase is incredibly humbling. We would like to extend a big, warm thank you to the conference organizers and members of the competition jury, and congratulations to the conference’s five other booth design winners.